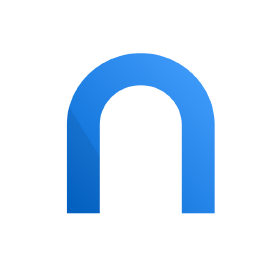 I’ve been slowly replacing lots of the apps I’ve used in the past. I already wrote a few posts about it. But the big one is replacing Evernote. Now I’m not jumping on the bandwagon but frankly its always drove me a little nuts the lack of linux support. Especially with frameworks like Electron. Its a bit of kick in the teeth and although their webapp has gotten much better, the lack of offline support makes it a killer for everyday use. Yes there is Nevernote, which become Nixnote but Java!

Leaving @evernote! Its working with @Winehq, now syncing & exporting everything out.
Been member since December 14th, 2008

So I tried switching to something else. I landed on Simplenote as its got clients for every platform and it actually syncs across them all like Evernote. This I thought was perfect then somewhere between deciding to move and actually exporting my data out of evernote (thanks to Wine – Windows emulator for Linux); Simplenote removed (?) the ability to import data from evernote exports. Yes I could do some horrible automation but it would be a real pain.

To my mind, their is two parts. The syncing part and the editing part. Most of the note taking apps seem to combine both parts. This is why I liked Tomboy notes but the client was poor.

So I’m looked for something which seperates both parts and can be replaced easlily enough (open enough to do this too). It also needs clients for Linux and Android (web would be a plus). Attachments, encryption, dataportability, etc are high on my list. These are quite different from what Tom is looking for I feel. For example I never used the evernote clipper and have other native solutions for that.

I found these and might give them a try…

I also found while browsing around Tagspaces, which isn’t stictly a note taking app but has potential to be so much more. Clients for every platform, opensource and can be selfhosted or synced via dropbox, etc.

Sure to update people once I find something which can replace evernote.